I am a New Creature in Christ Jesus 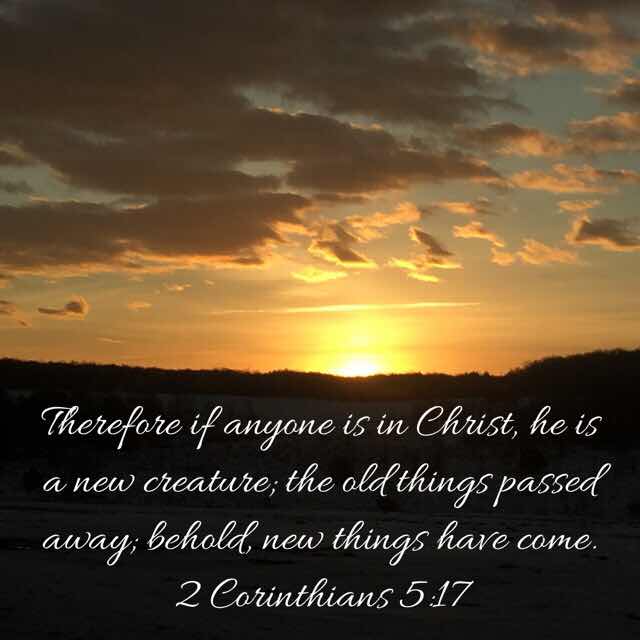 This week I’ve been packing and trying to get caught up on various projects in preparation for next week. My Valentine’s Day gift was Mom & our friend Nancy cleaned and organized my house while I went to Oneonta to get feed for the yaks at Mandy’s Farm and some groceries for Joel & I. It was a tremendous help, as with everything else I’ve been doing, I got behind on housework and would prefer coming back to a clean house. But that’s not the point of this post.
Tuesday 2/19, after farm chores at Paradise in Disguise and Mandy’s Farm, I’ll be going with my parents to Albany for an early celebration of my Dad’s birthday and meeting up with my Aunt and Uncle. Tuesday night I’ll spend the night with them and wake up very early Wednesday morning. Why?

Because I’m flying to Oklahoma!  I’ll be there 7 days, flying back on the 28th! I’m really excited about this trip, as I know it’ll be an adventure as well as an opportunity to grow in relationship with God and my brothers and sisters in…
Post a Comment
Read more

Finding Joy in the Story of Life 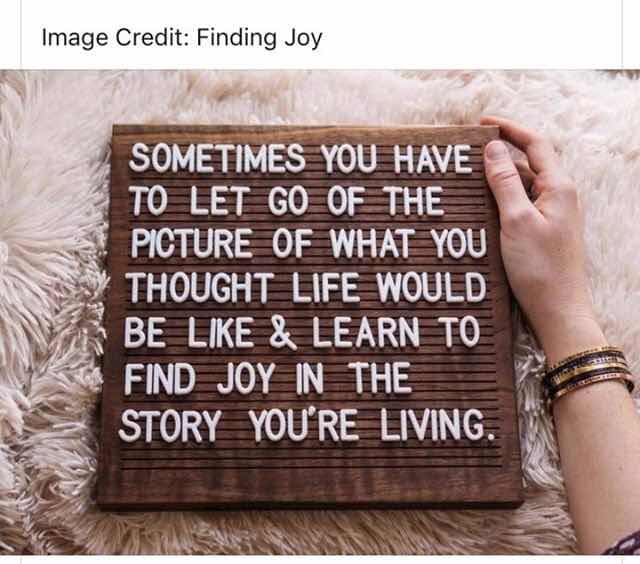 Saw this photo on Facebook and had to share it. It’s especially meaningful to me, since it sums up my journey during 2018. While this account is mainly related to my farm & social media mostly shows the great highlights of our lives, there’s always the reality that there’s hardships, struggles we all have in life. We humans often “put on a happy face” when around other people and say we’re doing well when asked.  Ever since I was a young child, I pictured my life would be - get married, have kids and of course, a menagerie of animals, a huge garden, etc. It’s not like I had a specific timetable for things to occur, but assumed it would happen by a certain age.  Every passing year, I’d start out thinking and hoping maybe it’ll be this year. Even while “enjoying” my present life, I was always hoping for the next chapter. But it’s hard to fully enjoy life and be content in the moment when in the back of your mind, there’s always “something missing” from your life picture you had form…
1 comment
Read more 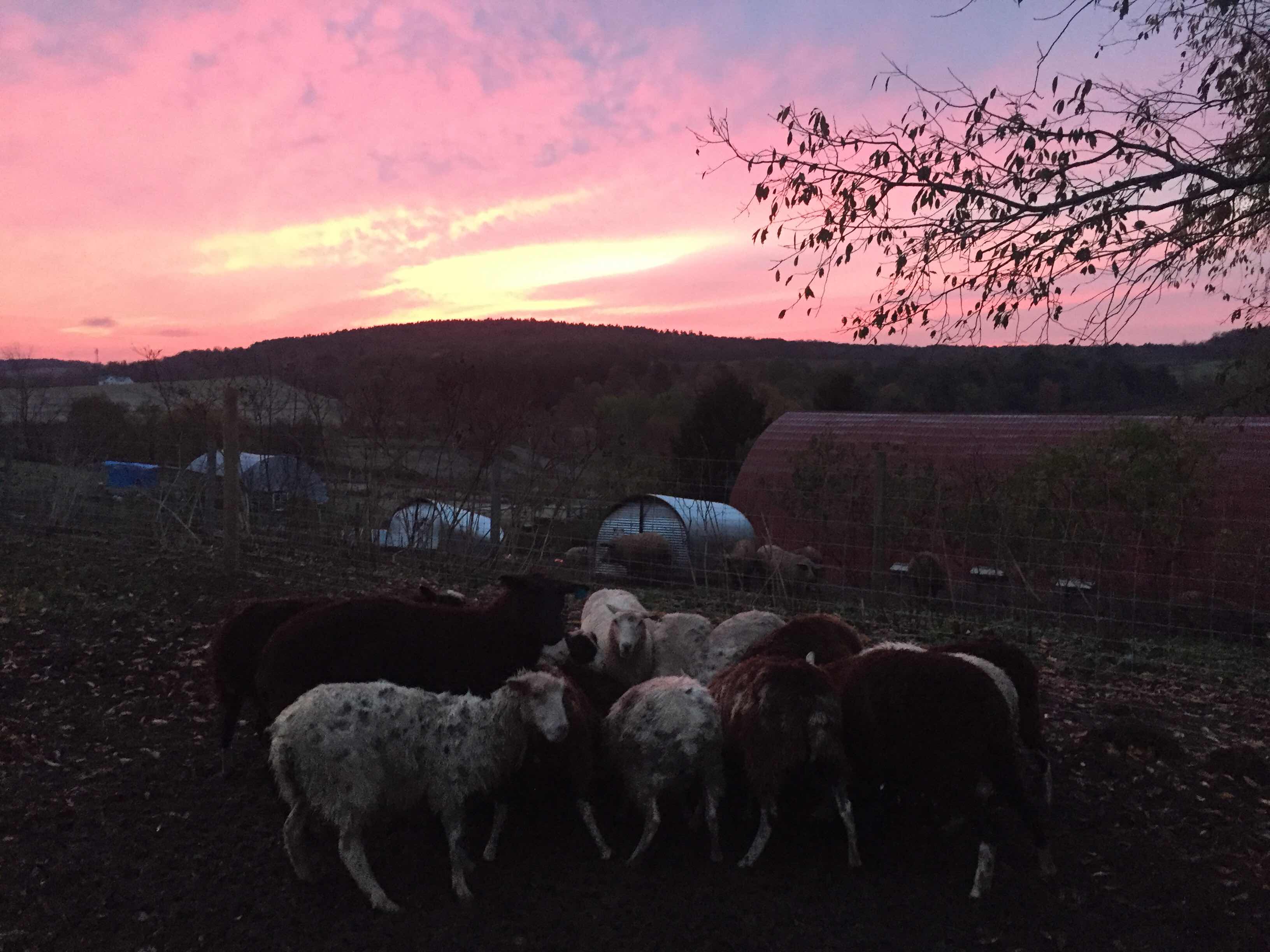 For those that haven’t heard already, I started a new farm job a month ago. (Wow, time has flown by! I thought it was only 3 weeks ago!) It’s been fun and challenging at times. But mostly enjoyable and doing what I love while getting paid.

It’s called Mandy’s Farm (after the owner’s last name) and he has sheep, pigs, yaks, rabbits, chickens, turkeys, ducks, geese and is getting two donkeys in November. Since he works near the city during the week, he has hired me to take care of the animals.
Anyways, this Friday was quite the adventure!  I was trying to get the sheep to come get their feed. McGregor wasn’t listening very well, and decided to chase them.


They spooked and jumped over the electric fence into the larger field where two of the two yaks are! 🤦‍♀️


And because I’m not supposed to be alone with the yaks, I had to get the tractor, which was over in the other far field with the rest of the yaks. They saw me start the tractor & all came over to investigate. Meanwhile, McGrego…
Post a Comment
Read more

August 04, 2018
This past week has been interesting. I took this week off from my "3 day per week job", so I could work on farm projects & get caught up with household stuff too. I had lots of grand plans of painting, building, moving mountains of compost, working on fences, maybe even processing roosters! Monday, the only day I worked this week was pretty nice, weather-wise. But I was pretty much gone from 8am to 8pm, due to the Andes run for food waste after work, which often ends with chatting & catching up with a friend who also saves her food scraps "for the chickens & compost".
Tuesday was hot and humid, mixed with a scattered showers. I slept in late, so had to hustle to get things done. I had lots of food waste to empty out. Plus I wanted to take the last month's worth of "compost" that the chickens had been working through & use the Dingo to make a pile. But apparently, it was too much, too soon, not enough water or food, and I almost fainte…
Post a Comment
Read more 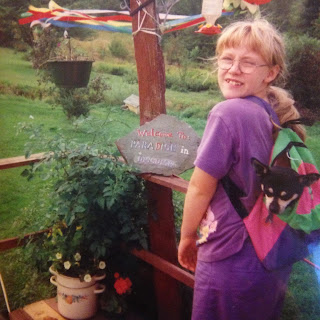 We all are products of our childhood, and I wanted to share how my love for animals, gardening and ultimately, "homesteading" began. On Instagram, @atablefullinthewoods and @moderndaysoldways are hosting a #gettoknowahomesteader photo challenge for the  month of June.
Day 1 is "Introductions", so let's get started.

As a toddler we'd occasionally visit Dad at his feed store job and my highlight was holding the baby chicks & ducklings. Obviously, that imprinted me! And I loved going to zoos, especially ones with  pygmy goats that I could pet (and try to pick up)! But since our family always rented, having a farm or even "pets" wasn't an option. Therefore, my favorite childhood years was the 7 years we lived on our landlord's farm. He had a few cows, several horses, a pony/donkey, many dogs (up to 8 at one point), several barn cats and for the last year or two we lived there, a flock of chickens and two Muscovy ducks. Mom said we could e…
Post a Comment
Read more

The Merry Month of May 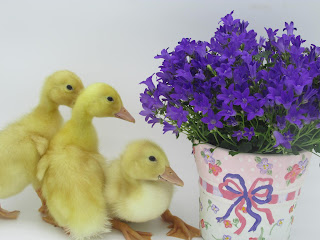 This May has been incredibly busy, crazy spring season for us. Here's some highlights from the past week or so.

May 23rd, I bought 3 Pekin ducklings to grow out for meat.


When I got rid of my Muscovy flock last year, I knew at some point I'd try Pekin, since they have much faster growth rate. Even though the meat is totally different than Muscovy, I thought it'd be worth a try.

Plus, who can resist cute little ducklings?

I had bought two sets of 3 stacked cages recently, for the purpose of growing out chicks or when customers came to buy chickens, it'd be easy to separate them.

And since ducklings are notorious for being messy, I thought raising them in one of the cages would be a much cleaner alternative.

And once they're a little older, they'll go out of grass. So, don't worry, they're not going to spend their whole life in a rabbit cage!

Even though I have a trio of turkeys, for some unknown reason, I'm having a very hard time hatching their eggs…
Post a Comment
Read more
More posts